Thank you! Your submission has been received!
Oops! Something went wrong while submitting the form.
Close
Call Now: (720) 637-1320
Freeze stubborn fat with CoolSculpting! Schedule your free consultation.

Schedule an appointmentExplore other services

Schedule an appointmentExplore other services
Before and Afters

The idea behind this top-of-the-line laser was to have a strong response in one treatment with only three to four days of patient downtime. With only four days of social downtime, a patient can come into AOB Med Spa on Thursday and return to work on Monday with incredible long-term results.

During treatment, Pearl™ removes (or vaporizes) a portion of the epidermis with a controlled thermal (heating) effect. The thermal effect, which produces a coagulation reaction in the tissues, is said to create a natural, protective dressing on the skin’s surface, which remains intact and helps minimize downtime during the healing and new skin cell regeneration process. An additional benefit of the heat is said to be in the increase in new collagen growth that it creates in the skin. The depth of skin removed (between 10 – 30 microns) is controlled by the clinician using the device to achieve the optimum results for the area being treated.

The Pearl™ Laser can treat a variety of skin concerns including:

Results After One Treatment

Minimal to No Downtime

The Pearl™ Laser can treat a variety of skin concerns including:

How does CoolSculpting work? 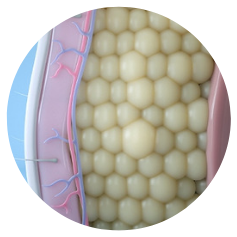 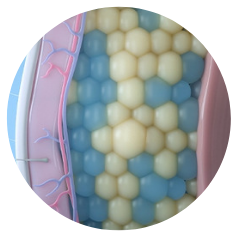 The controlled cooling safely penetrates the skin. Subcutaneous fat cells begin to freeze. This ruptures the cell’s membrane. The ruptured fat cells are flagged for apoptosis –cell death and removal. 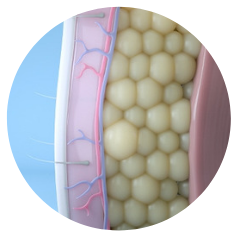 Over the passage of several weeks, the body’s immune system gathers the demolished fat cells. Frozen fat cells ultimately exit the body as waste. These fat cells cannot return or be replaced.